I always admired the young Michael J. Fox in his role as Marty McFly in the movie, Back to the Future.   Marty's reckless youth never overshadowed his dedication to saving his mother from the lustful hands of Biff.

Ever since I watched Back to the Future in 1985, I've been working on reverse-engineering the Flex Capacitor developed by Emmett "Doc" Brown, so that I too could embark on an adventure through time and space.  I pawned off every thing of substance in my life to fund my obsession...my 1966 Mustang Coupe (just didn't compare to the tried and true Delorian), my Ricky Henderson rookie card, and my home brewing equipment.   I spent the last decade of my life experimenting with broken Nintendo consoles, lava lamps, Tesla coils, and Light Bright sets.  Every time I thought I was about to experience time travel, I would instead start a fire or release noxious gasses in my basement.

To the relief of my poor family, I finally threw in the towel.  I agreed to concentrate on my day job which is running Hamlin's Marina.  It has been a blast hanging out on the Penobscot River, eating fried clams at McLaughlin's, and being a crash test dummy for the most advanced recreational boats on the planet.  I was having a blast, but I was afraid my quest for time travel was over.

That was until the Fourth of July, 2013.  You see, Hamlin's was organizing the largest boat parade the Penobscot has ever seen.  Over 25 boats had arrived with crews hell bent on displaying their patriotism. 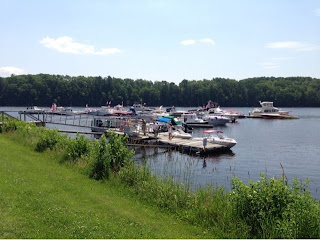 Hour by hour more supporters arrived at the marina including local celebrities, Todd Simcox and Deb Neuman, and a huge crowd of loud and proud camp counselors from the Wilderness Center at Camp Jordan.  This was going to be a day to remember, and my task was to pick out a capable watercraft to  carry the parade judges.  I needed an All-American boat with plenty of comfortable seating.  From our fleet of options, I chose the beautiful Scout 275 LXF. 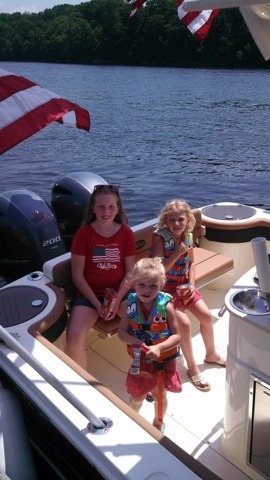 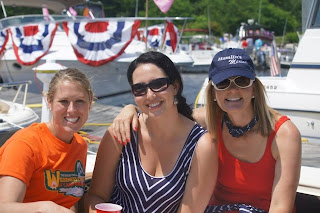 From the moment I saw the 275 LXF hit the water, I re-lived the moment "Doc" Brown's Delorian manifested itself among flames in a 1980's mall parking lot.  Excitement pulsed through me as I fired up not one, but two new Yamaha F200 outboards.

As we headed up river toward Bangor, my duty was to weave and bob around all the boats in the parade so that our judges could be fair in assessing the efforts of all the wonderfully decorated boats on the river.  Because I had children on board, and because I couldn't risk the lives of the celebrity judges...I resisted the urge to hit the glistening throttles.  Oh, how those engines called to me!  Instead, I engaged in small-talk with my weather man, Todd Simcox. 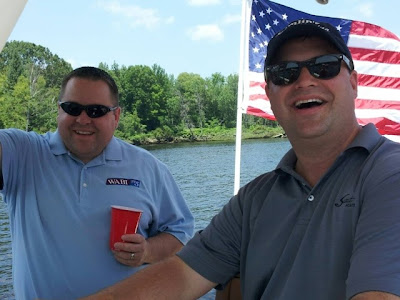 As the parade wound down, I knew it was my chance to finally experience time travel with my family and friends.  It was already 2 P.M. when we decided to embark on our journey to Penobscot Bay.  Over the course of the next ten hours we were able to compress an entire summer's worth of boating recreation.  Here's what we accomplished in ten hours with the Scout 275 LXF:

1.)  Search and positive identification of my Sister-in-Law in her new Stingray relaxing with her man, Tim.

2.) Sightseeing excursion of Fort Knox and the Penobscot Narrows Bridge. 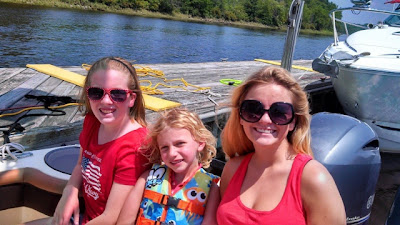 3.) Unsuccessful expedition to Stockton Springs Harbor to rendez-vous with the Cottrell family sailboat.  Instead we nearly convinced a man to climb up an old abandoned pier to perform a swan dive.  Although the man strongly considered the challenge, his attempt was thwarted by a very large osprey returning to his nest on the pier!

4.)  Belfast Harbor visit for our first round of oysters at Three Tides! 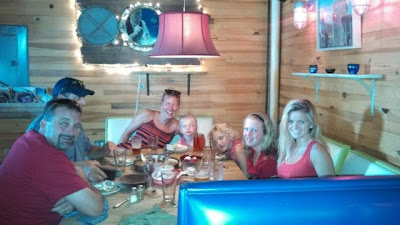 5.)  Warp speed trip to Castine on a quest for Ice Cream at The Breezes waterfront cantina. 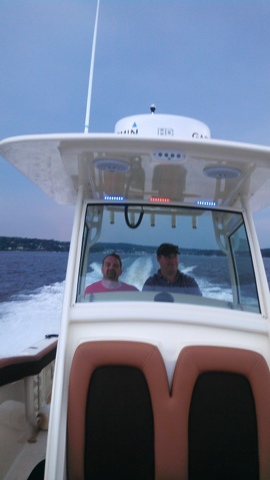 6.) Second round of Oysters of the day at Dennett's Wharf.  Deciding we don't want the day to end! 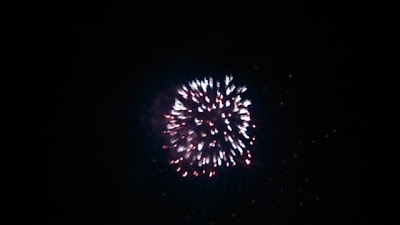 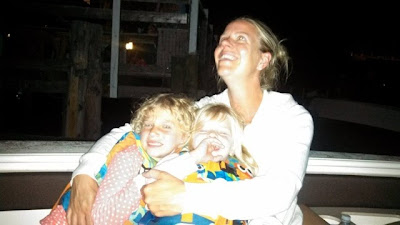 8.)  Depart from Castine in the inky blackness of Penobscot Bay.  Learn to trust our electronics on a moonless night. 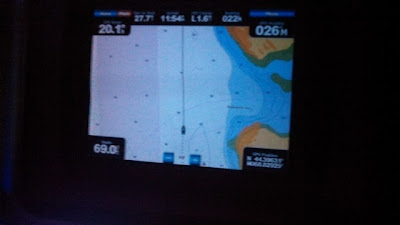 10.)  Midnight return to Hamlin's Marina as Reid McLaughlin fires off one more Grand Finale of fireworks from the shorefront.