The Puffin Boat Company: Building Boats with a Purpose... 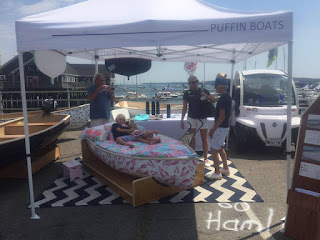 The Puffin Boat Company grew out of Hamlin’s Marine, a large family boat dealership in Maine.  For years, the family travelled around the country purchasing boats to be sold into the Maine market.  Oftentimes, the family served on dealer councils providing input on boat design and features.

For one family member, boats became an obsession.  Dan Higgins loved the way boats were able to change lives.  He loved the way a boat ride on Penobscot Bay could dissolve a month’s worth of stress, and he loved the way a pontoon boat could take three generations of family out on a pristine lake to share memories.

It became clear that buying and selling boats wasn’t enough to feed Dan’s obsession.  Fortunately for Dan, his wife Katie supported the idea of building boats.  Together, Katie and Dan formed a boat building company in early 2013 by buying the molds and building rights of Puffin Dinghy. 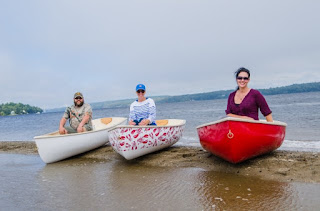 You see, Katie and Dan started building Puffin Dinghies because they were in danger of being replaced by cheap plastic and inflatable alternatives.  However, nothing matches the beauty and simplicity of an honest hand-laid fiberglass dinghy.  Many people still see the purpose in buying a Puffin Dinghy.

The Puffin Boat Company expanded rapidly, and Katie and Dan decided that more projects were needed to support the mission of Building Boats with a Purpose. 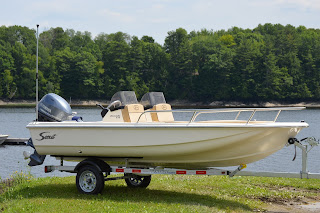 The purpose of the Scout 151 is to make family boating affordable again.  Powered by a Yamaha outboard, this unsinkable 15’ masterpiece is the perfect companion on the water for a family of four.  A 151 Scout is built to the highest standards on the water.  It shares the same construction techniques of the rest of the Scout family of boats built in South Carolina, but with a price tag starting well below $20,000.  Add popular options like a bow rail, bow cushion, ski tow, and swim platform and you’ll never want to go home after a day of sun and fun. 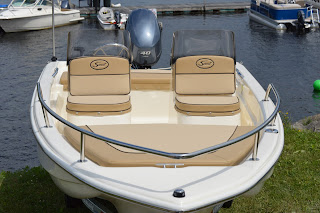 The Edendriver 17 boasts a subtle sexiness, plus the handsome lines of a boat designed to handle chop and powerful tides.   The Edendriver blends traditional Downeast lines with South Carolina DNA.  It can be fitted as a practical fishing boat, or as a luxurious sport tender for exploring harbors. 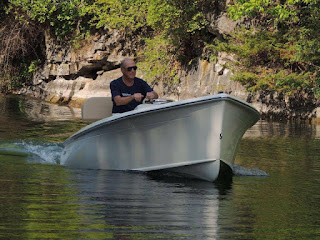 Edendriver is the living legacy of late boat designer, Seph Limehouse.  Edendriver started on John’s Island in South Carolina in 2007.  Years later, Seph was diagnosed with cancer.  Before he succumbed, Seph finished three Edendrivers for family members.  Stevie Potts, owner of Scout boats and Seph’s Brother-in-Law, kept the dream alive by making the Edendriver production ready and working with Dan Higgins to get the tooling and plans to Maine.
Edendriver is the next chapter of The Puffin Boat Company’s mission of Building Boats with a Purpose. 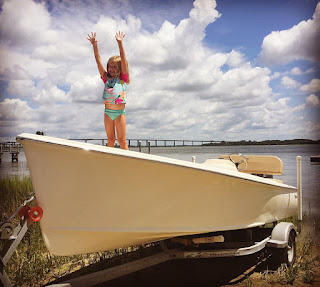 A portion of Edendriver sales will go to support Seph’s family in South Carolina as well as 15-40.org, a cancer organization that raises awareness for early detection of cancer. 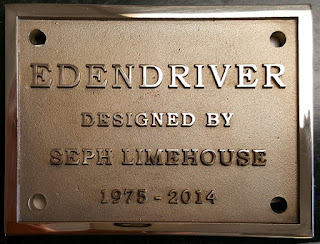 Let The Puffin Boat Company fill your obsession with a boat built with a purpose.
Posted by Dan Higgins at 11:12 AM